Sunny skies, low humidity and pleasant temperatures are what Florida is about in the Fall & Winter.  And remember, the

tuition on our 2-day Super Comp or Super Gas competition license program is only $1495 at our home track of Gainesville Raceway!  Below are the dates we currently have scheduled, and note there are some 2017 dates on there already! These classes are a GREAT foundation to move on to all forms of racing!  We have grads racing in the NHRA, IHRA, NMRA, NMCA, NHRDA, JETS and more!

This year we are offering two classes between Christmas and New Years for everyone who is off of work, school or just plain on vacation!

So, if you’ve been thinking about getting into racing or already have a hot rod, pick up the phone and call Paul or Jeff and they can tell you just about everything you want to know about earning your competition license, bringing your own car to class, upgrading to a different class, or just having some fun and checking an item off your bucket list! These classes are taught personally by Frank Hawley and the SC/SG classes include the personal performance lectures Frank has worked with many of the pro drivers on.

Don’t wait as class size is limited and preregistration is required in all our programs.  Additional dates for the 200 mph classes are available on request.  Scroll down past the dates for contact info…

This is the first year we are taking our classes to Heartland Park Topeka!  There are still seats left in both the popular 2-day

Super Comp/Super Gas/Bring Your Own Car class on September 7-8, as well as the fun Dragster Adventure on September 9.

Then we’ll be heading back to our home track of Gainesville Raceway for some 200 mph action in the Nostalgia Funny Car and Top Dragster, as well as the SC/SG/BYOC class on October 4-5.  Remember, the tuition is $500 less on the 2-day Super Comp/Super Gas program in Gainesville! 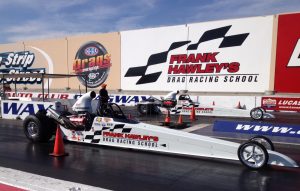 Mid-October we’re off to Auto Club Dragway!  In addition to a special program for the Fontana Chamber of Commerce, we’ll be running our SC/SG/BYOC class on October 19-20.  Only a few seats are left in this class.  The Dragster Adventure on October 21 has been sold out for some time, but there are still a few spots left on October 27 and October 28.

Call on our knowledgeable staff if you’re looking to earn your license, upgrade your license or get started in racing.  They will answer any questions you may have or help you reserve your seat in any of the programs we offer.  The Super Comp/Super Gas class has proved to be an incredibly good starting point for so many people who are racing! The competition license classes are taught personally by Frank Hawley and include the popular Personal Performance Development lectures. We have so many grads competing in everything from the NHRA Pro classes, NMRA, NMCA, IHRA, Jet Dragster, and local racers!

Dates for the 200 mph cars are on request and previous fast car experience is required.

Remember, pre-registration is required in all our classes and seats are limited.

Here’s a list of all our upcoming class dates/locations that have openings:

October 4-5, 2016 Super Comp/Super Gas/Bring Your Own Car, Gainesville Raceway – Call us to book

December 6-7, 2016 Super Comp/Super Gas/Bring Your Own Car, Gainesville Raceway – Call us to book

December 27-28, 2016 Super Comp/Super Gas/Bring Your Own Car, Gainesville Raceway – Call us to book

December 29-30, 2016 Super Comp/Super Gas/Bring Your Own Car, Gainesville Raceway – Call us to book 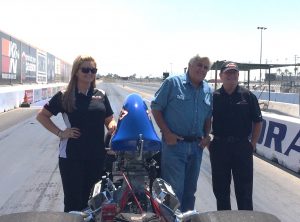 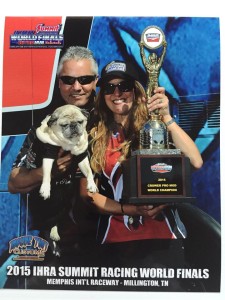 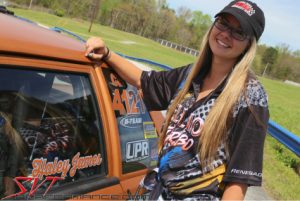 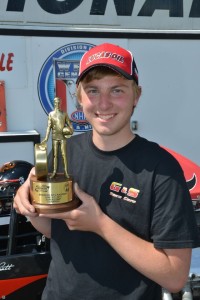 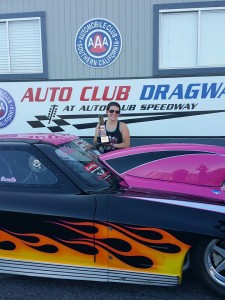