The impressive history and rich racing legacy of the family behind Lucas Oil Products, Inc. spans generations. Although the company’s products are celebrated on a global level, its staff stays 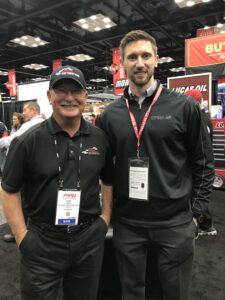 grounded in their roots by supporting up-and-coming racers whenever possible, and, especially through their partnership with Frank Hawley’s Drag Racing School.

Lucas Oil and the Lucas family, including founders Forrest and Charlotte, started collaborating with the School in the early 2000s when sessions were held at California’s Auto Club Raceway At Pomona. The Lucas’s son and current President of Lucas Oil, Morgan Lucas, developed his own successful racing profession as the pilot of the Lucas Oil-backed Top Fuel Dragster and attended multiple sessions with Frank Hawley as well.

“Frank Hawley has been a legend in our sport for a long time, but his accomplishments on the track don’t compare to those he’s had as a teacher,” noted Morgan, who sees Hawley as a valuable mentor who gave him a solid foundation on which to shape his multi-event winning career. “So many amazing drivers have come through his program, and Lucas Oil is proud to protect the engines that train the racers of tomorrow.”

Similarly, Lucas Oil’s Director of Partnership Marketing, Brandon Bernstein, is also a graduate of Frank Hawley’s Drag Racing School and someone who understands the importance of supporting the next generation of drivers. 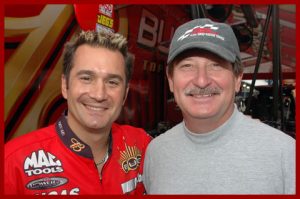 “It was back around 2000 when I attended for the first time, in the Super Comp class at Lucas Oil Indianapolis Raceway Park, and it was an unbelievable experience. Frank was meticulous with explaining everything and I knew I was in good hands with him,” said Brandon, whose father, Kenny “King Bud” Bernstein, regularly raced against Hawley. Kenny is known for being the first to break the 300-mph barrier from a standing start, for being a multi-time NHRA Funny Car and NHRA Top Fuel champion, and for being a former NASCAR and IndyCar team owner. “Growing up, the competitiveness between Frank and my father is what inspired my career as a racer and professionally.”

Both Morgan and Brandon have seen firsthand how much wear and tear the School’s cars are subjected to each year as they carry aspiring racers down the track. They know Lucas Oil’s products – including its vast line of motor oils, additives, and lubricants – are integral in enabling the cars to perform reliably and consistently.

“One of the many things that makes Lucas Oil so incredibly successful and a household name in motorsports is the fact that they are racers; they know the sport from every angle and they know what the race teams need,” stated Hawley. “They have champion racers integrated into all levels of their company.”

Although Lucas Oil is actively invested in growing many forms of motorsports, the partnership with Frank Hawley’s Drag Racing School has always held a special significance on both ends.

“This is truly a passion project for us to know that we’re associated with Frank Hawley and to be able to give back to the racing community. All types of motorsports need the next generation of

racers, and Frank provides a place for that to happen,” Morgan asserted. “I’m proud to be a part of this, knowing Frank is helping others as he did for me – his lessons can be applied to so much more in life than just racing.”

Brandon, too, especially enjoys watching racers cut their teeth at the School and knows those diehard, dedicated drivers are the ones that Lucas Oil was originally created for. “These are the guys and girls that are always grinding and driving to get to the next race and chasing the next round. They’ll blow a motor and thrash all night to get ready to race the next morning, and our products help facilitate that. We love supporting those types of people and helping make their dreams come true,” he shared.

“We supply all of the oils, lubricants, additives, and greases that keep the School’s cars running day in and day out, all year long as best as possible,” affirmed Brandon, who enjoys watching rookie racers learn the ropes through Hawley’s priceless lessons. “We love working with Frank’s team and plan to be right there with them for as long as the School’s programs continue.”

Hawley, who is grateful for his relationship with both the Lucas Oil company and the Lucas family over the years, added that “motorsports and the name ‘Lucas’ go hand in hand. We look forward to working together much more in the future.”