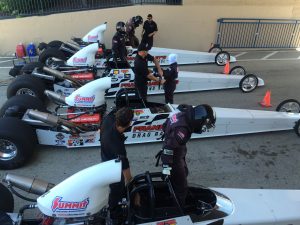 When this news goes out, we’ll be running classes at Auto Club Dragway in Fontana, CA before heading back to our home track at Gainesville Raceway for the winter and spring.  We’d like to feature some of our grads in an upcoming newsletter, so please send us your pictures and news!  In the meantime, if you’ve already been to the school, tell people about the programs, and please “like” and review us on our Facebook page.  We are grateful to continue to help people get started in racing, or help them fulfill a lifelong dream!  Our grads are our best endorsement and we are thankful for you all!

For those out there considering attending the school, listed below are winter dates in Gainesville, along with some of the travel 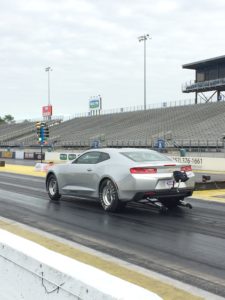 dates that have been confirmed at Auto Club Dragway in Fontana, Route 66 Raceway in Joliet, Summit Motorsports Park in Norwalk and Maple Grove Raceway in Reading. We hope to confirm additional dates shortly at Gainesville Raceway, along with remote class dates at Tucson Dragway, Royal Purple Raceway, Heartland Park Topeka and Woodburn Dragstrip.

The December classes between Christmas and New Years are extremely popular and this year the calendar worked out where we are able to offer TWO classes during this time.  These are very popular for the up and coming racers out there as they are on school break, and also many people have this time off work.  Don’t delay if you may be thinking about attending during one of these classes, as both class dates are half full already! 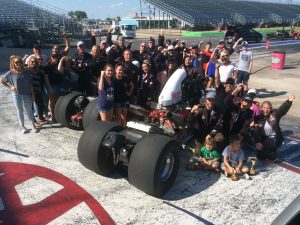 Our very knowledgeable guys, Paul Shields and Jeff Arend, are responsive to your calls, texts and emails so feel free to contact them with any and all questions you have about the school, what you’re trying to accomplish, whether you want to bring your own car, arrange a group event, just have some fun, buy a gift for someone, or even treat a potential sponsor or significant other to a taste of drag racing, etc. Their direct contacts are listed at the end of this email.

Below is a list of confirmed class dates.  Please check back as we will be confirming other dates soon!  **Additional dates for Group Events, TD/NFC are on demand

** Dates subject to change, so please check back