Hawley and Hughes.  Two iconic names in the sport of drag racing will begin working together this November whe 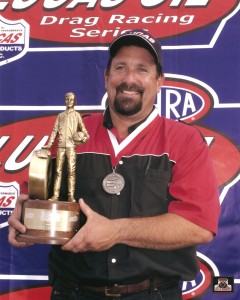 “We’re really excited to be offering classes in Tucson,” said school owner Frank Hawley.  “I already knew that Tucson had a great drag strip but as soon as I heard that Jim Hughes was taking charge of the racetrack I grabbed my phone, called him and asked if we could be a part of his new venture.  Jim has both an amazing history in our sport and an impeccable reputation.  He is a world championship-winning driver, successful businessman and a true friend to the sportsman racer.  Jim and his team will do a fabulous job working with everyone from the fans to the racers and of course our mutual marketing partners,” added Hawley. 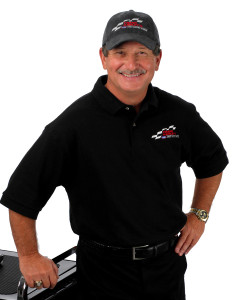 remarkable interest since announcing that we will be taking over the operation here in Tucson,” stated Hughes. “I was flat blown away when Frank called and expressed his interest in immediately partnering with The New Tucson Dragway and couldn’t be more excited about collaborating with a fellow world champ, working with him and learning from him and his staff.”  Hughes went on to state.

In Tucson the Frank Hawley Drag Racing School will be offering both the Dragster Adventure programs and the Competition Licensing programs.

The Competition Licensing courses have started the careers of thousands of today’s racers.  In these courses the drivers are trained and certified to drive race cars as quick at 7.50 ET.  Participants choose to drive either the S/C dragsters or the S/G door cars.  These courses also include Hawley’s popular seminar on “Personal Performance Development” which combines elements of psychology and physiology in an informative and entertaining way to help each student reach their maximum potential.

The Dragster Adventure programs are for individuals, groups or companies that are seeking a fun, high energy experience.  This course puts drivers at the controls of a real dragster and gives them an opportunity to race in a heads-up “side-by-side” 130 mph competition with other students!  The Adventure cars are equipped with automatic transmissions making them user friendly for a wide range of drivers.

“We can’t wait to get started in Tucson this November.  The weather will be awesome, the track will be great and the Tucson team will be ready.  We’d love you to join us!” said Hawley.

Class dates for Tucson are this November with the Competition Licensing Course on November 19-20, 2015 and November 21, 2015 for the Dragster Adventure.  For more information on the school or to schedule a class visit frankhawley.com or call 866-480-7223. 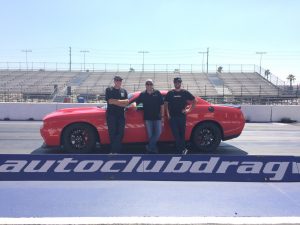 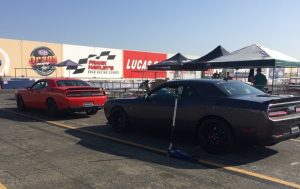 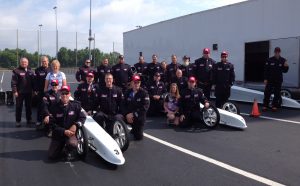 We just added a couple new Dragster Adventure dates and a brand new location.  We’ll be at Tri State Raceway in Earlville, Iowa on Saturday, October 17th!  Wow, that’s just a couple weeks away!  So if you’re in the area it will be your last chance this year to do some drag racing.  Tri State Raceway is just north of Cedar Rapids, Iowa.  Go to frankhawley.com or call us to sign up for some side-by-side drag racing excitement in one of our Adventure Dragsters.

Also, we’ve added a Dragster Adventure program at our home track in Gainesville, Florida on Saturday, November 14th!  So if you’re in the South, come and join us for the beautiful fall weather and some HOT action on the track.